These are not broken capillaries but rather permanently dilated capillaries. They have thin walls which constantly dilate and constrict. As we age, these vessels lose their elasticity and can become permanently dilated. There are numerous causes including: ageing, hereditary, pregnancy, smoking, energetic sports, temperature extremes and harsh weather exposure, hormones and skin fragility.

What causes these thread veins?

Blowing the nose, sneezing and other gestures can cause these delicate veins to break.

Cold winds, hot environments and other traumas can also cause thread veins although they can just appear with no obvious cause.

How can thread veins on the face be treated?

Thread veins on the face can be treated gently and effectively by shortwave diathermy.

Using a very fine gold needle, a mild current is passed through the vein. This causes coagulation of the vein which, over the course of a few weeks, causes the vein to wither and disperse.

After about 4 to 6 weeks the final result will be apparent.

These are bright red vascular blemishes which lie just under the surface of the skin. They are domed shaped or slightly raised and are most common on the trunk or torso and particularly the midriff back and front. Most people aged over 30 have at least one and they are more common in men than women.

A Spider Naevus is a central dilated blood vessel, with smaller capillaries radiating from it like the legs of a spider. They can be found in isolation or gathered together in clumps on areas such as the cheeks.

Skin Tags are very common and most frequently found on the neck and face. They appear with a neck like a mushroom and vary in size from a tiny speck, to the size of a pea or even larger. They are often found in areas of friction such as the underarm, under the breasts or around the neck where necklaces may irritate.

These are tiny white hard lumps containing keratin which lie superficially under the surface of the skin and can be easily treated with ACP techniques. Their exact cause is unknown although they are often associated with dry skin which can be acidic.

There are various types of warts, including plane, common, and seborrheic and verruca’s. All can be easily and successfully treated. Warts can develop individually or in clusters. Seborrheic warts become more common with increasing age and can grow up to two inches across.

Is a common popular disorder which develops in adolescence on black skin and is identified by smooth, dome shaped, brown to black papules seen mainly on the cheeks, neck and upper chest.

I offer a mandatory consultation and patch test prior to the commencement of any treatment plan.

Electrolysis is a treatment used to destroy hair roots and follicles, or small skin blemishes, through the application of heat produced by a tiny electrical current that is passed through a needle.
The tip of the finest, smallest probe possible ( about the size of an eyelash) is introduced along the line of the capillary and a tiny current is discharged. This ‘dries up’ the vessel which often disappears as it is being treated. Further treatments may be necessary depending on the severity of the problem.
A treatment is usually 30 minutes, but can take up to one hour, depending on the size of the area being treated. You may need more than one treatment, depending on the extent of the skin blemish and how well it resolves after one treatment session.
The treated blemish will not return but others may occur depending on the root cause. Your skin specialist will advise you during consultation. How long and how many treatments are required? ACP treatments are safe and effective and offer instantaneous results in many cases. Length of treatment very much depends on the problem and your skin specialist will advise you of this. The area worked must not be over treated and your skin reactivity will be taken into account. Spacing technique and treatment intervals will be considered in a treatment plan as well as your requirements, needs and wishes.
After treatment the skin will be a little red and puffy, but this will settle down in a few hours. There may also be some small healing scabs which must be allowed to fall off naturally. Care must be taken of the skin for 48 hours following treatment. 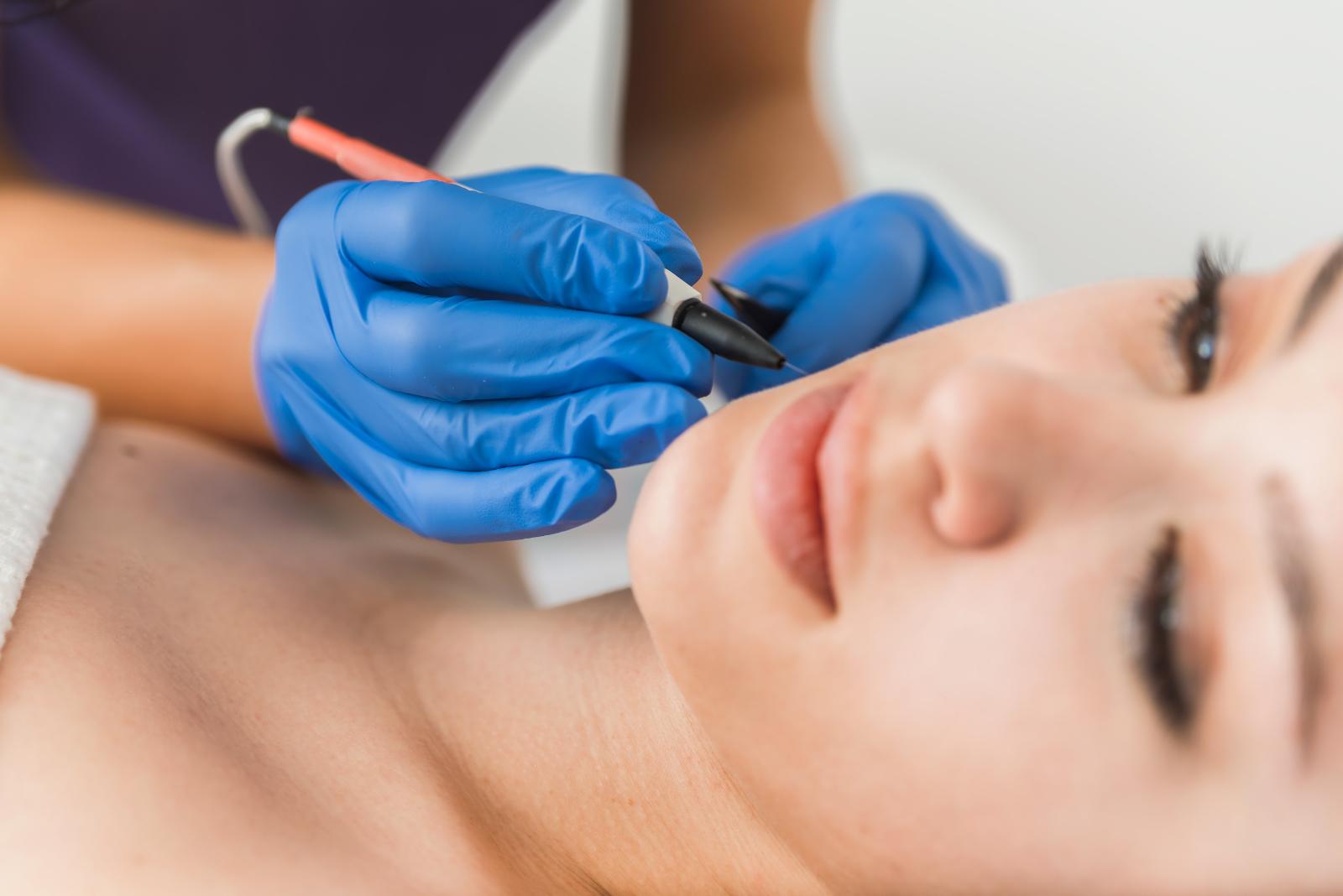